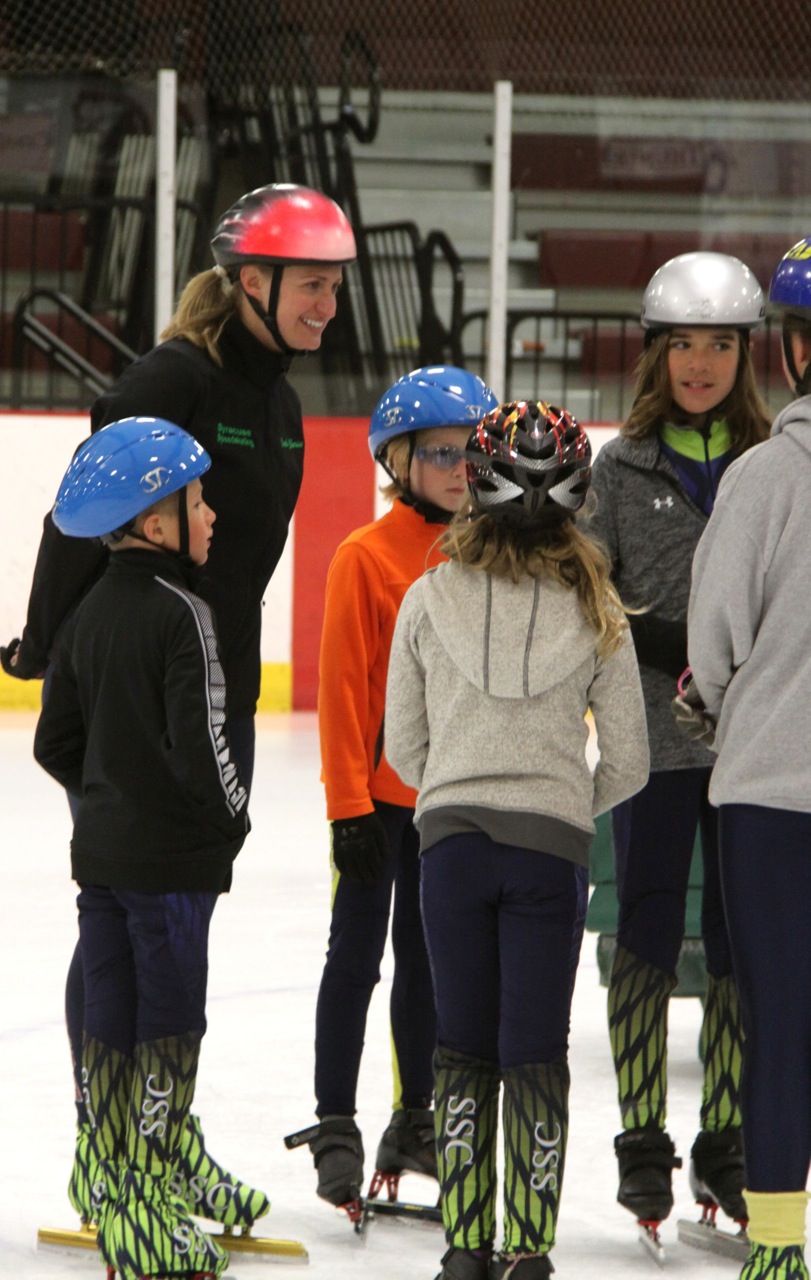 Cherise Wilkins is a Level 2 US Speedskating certified coach who has been coaching the sport for the past 10 years. As a skater, Coach Cherise competed internationally at some of the most elite levels of the sport, including the World Cup and Olympic Trials. One of the Syracuse Speedskating Club’s most decorated skaters, she won many awards during her career, including multiple National and North American Championships. Most recently, she set new National Age Group Short Track Speedskating records in both in the 500m (:49.933) and the 777m (1:18.411) and was named Masters National Champion in both 2018 and 2019. In addition to coaching speedskaters, Coach Cherise trains first-time marathon runners as part of her job at Fleet Feet Syracuse. Her coaching philosophy is to encourage and support all athletes as they reach for their goals.